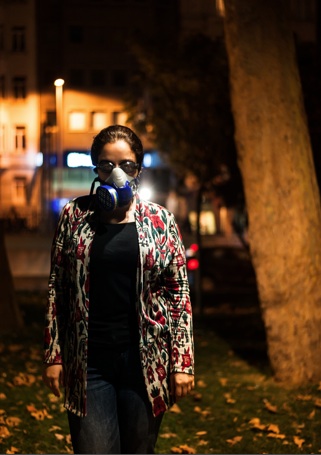 We all still have the pictures of the Gezi Park protests in Istanbul in mind. But did we see the people behind these pictures? Do we know the people who were involved?

The two Austrian photographers Hans Hochstöger and Arnold Pöschl snatch the activits of the protests in Istanbul away from the medial anonymity with their photo series. For the first time we can look at the faces behind the protests. It's all about young people with similar desires and needs like we have. One year ago they expressed their dissatisfaction in the Gezi Park. With this exhibition the photographers try to visualise the protes. Art can also be political!