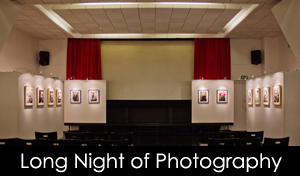 2014 is the year in which we celebrate 175 years of photography! On the 19th August 1839 the technical details of photography were presented to the public in Paris. To mark this anniversary the House of Photography Vienna is organising a long night of photography on Tuesday 19th August 2014. As part of this film night we will show contributions documenting the history of photography as well as famous photographers from the ARTE documentary series PHOTO and KONTAKTABZÜGE.

The film series PHOTO places under the microscope the first steps of photography and its struggle for recognition as an art form. PHOTO deals with different photographic movements through examples, beginning with the pioneers of the 19th Century, then on to the Surrealists and through to the German Social Realism of the photography couple Becher and their students Gursky, Struth or Ruff. The ARTE documentary series KONTAKTABZÜGE puts famous photographers such as Henri Cartier-Bresson, William Klein, Elliott Erwitt, Helmut Newton, Nan Goldin and Nobuyoshi Araki under the microscope, and presents their photographs and styles of working.